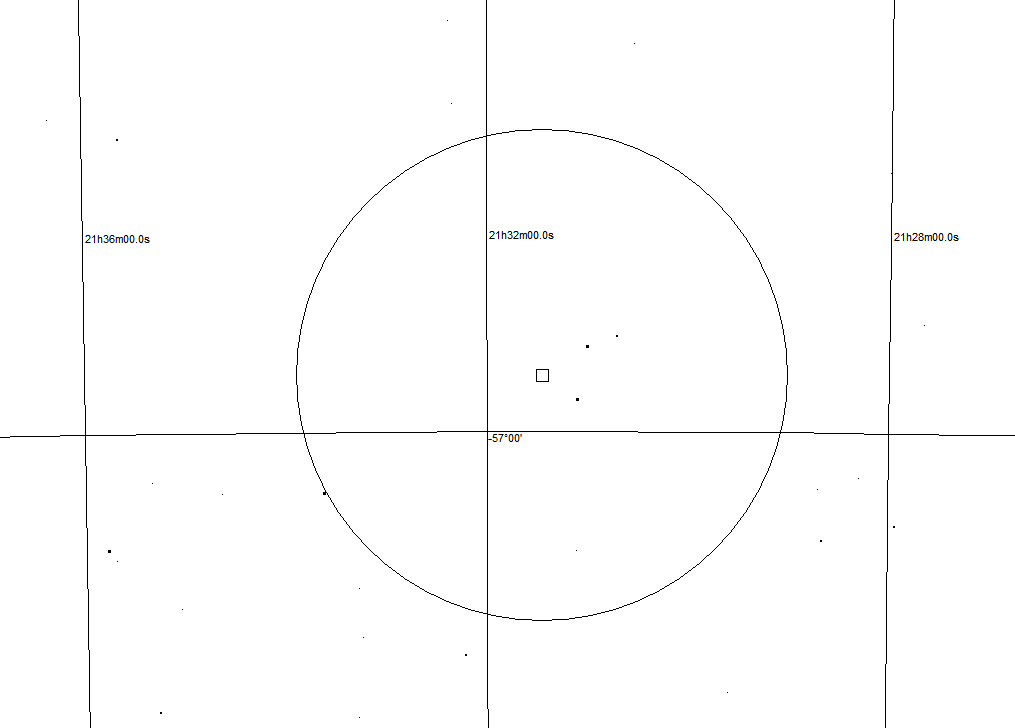 Dunlops #329 is recorded as "(47 Indi, Bode). This is described as two small stars in nebula. I can find no nebula in this place; but there are three small stars forming an obtuse triangle, which answers to the place of 47 Indi. There is also an angular line of very minute stars, about 1' in length, following about 2' or 3' in time, and 30' south, which would have a nebulous appearance through a small telescope." He recorded it four times.